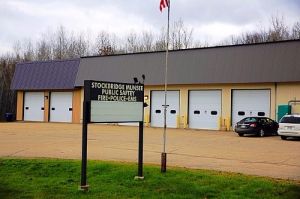 In 1979 the Stockbridge-Munsee Community hired an EMS Coordinator to put a program together for emergency services. As people took an interest in taking the Emergency Medical Technician (EMT) training, it wasn't long before a good number of trained EMTs were available.

Fully staffed by EMTs, the Stockbridge-Munsee Ambulance Service became available in the early 1980's. Between 1983-84 Emergency Medical First Responders were also recruited to work with the EMTs.

Due to a limited number of EMS 1st Responders available only (1) Responder at a time could be scheduled daily for responding to emergencies. The EMS Coordinator decided to move on and resigned from his position in October of 1992. Rehiring for the position was postponed.

In 1998 the Tribe decided to post a position to hire a full-time Coordinator that would coordinate the EMS part-time and Volunteer Fire Department part-time. In July of 1999 this position was filled.

In August of 2003 the full time EMS Coordinator position was filled.

Today the Stockbridge-Munsee EMS 1st Responder Service is staffed by (6) active responders made up of both EMTs and Emergency 1st Responders. In an effort to assure that someone is available at all times to respond to an emergency, stand by coverage is scheduled on a 24 hour basis, seven days a week, weekends and holidays. The service is very important to the Community and is supported well by the Stockbridge-Munsee Tribal Government. The service has also been enhanced with good team support received from the Tigerton Area Ambulance Service.